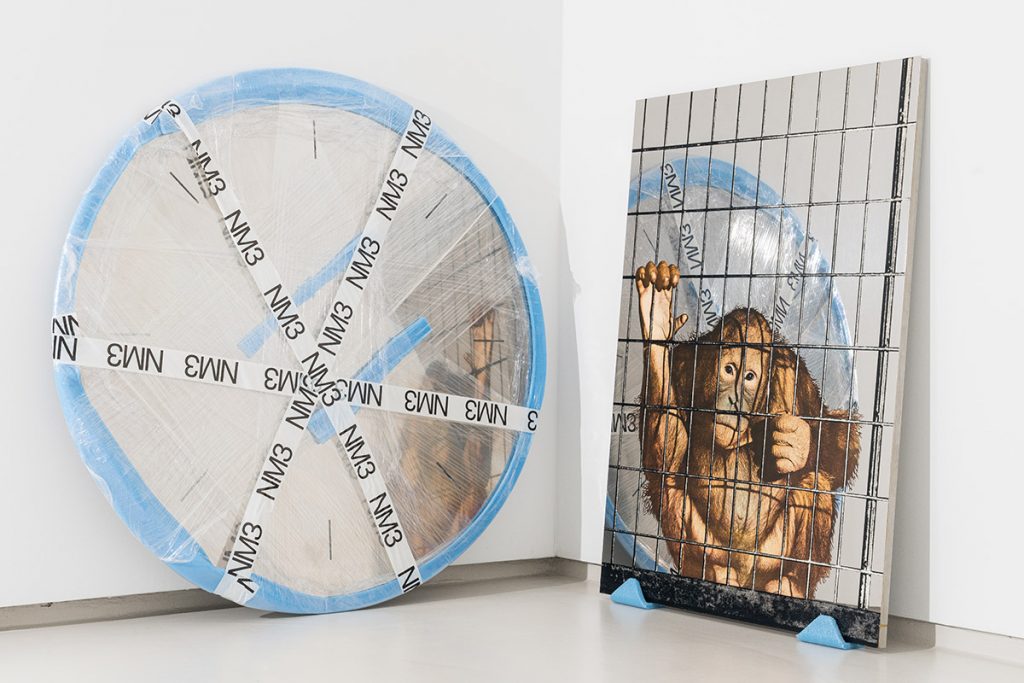 The EDITIONS exhibition stages a dialogue between two artistic productions that differ from each other in terms of age and discipline, but united by a rigid aesthetic of shapes and materials.
A selection of silk-screened mirrors, produced in an edition between the 60s and 70s by Michelangelo Pistoletto, will communicate among the reflections of the steel objects, also produced in edition, of the Milanese designers of NM3, a design studio founded by Delfino Sisto Legnani, Nicolò Ornaghi and Francesco Zorzi. The aesthetics of the exhibition moves from the ambiguity of forms and functions, the mirror as a domestic and at the same time ambivalent object, with all the artistic and literary precedents that have made the reflecting surface an object of interest. And again the forms, which refer to canonical functions that we associate with the home environment – a bookcase or a coffee table – and at the same time have a sculptural value in the wake of the minimalist sculpture of the late twentieth century.